Janis Wolak worked for almost 20 years as a Senior Researcher at the Crimes against Children Research Center at UNH and is now enjoying retirement.  She lives in Kittery and is happiest when her hands are in garden soil.  She joined South Church in 2006, has served with the Pastoral and Fellowship Associates and as registrar of the Star Island retreat, and she often participates in choir and small group ministry groups.  She also serves South Church as a member of the Seacoast Interfaith Sanctuary Coalition. She loves and is inspired by the South Church community and appreciates the opportunity to serve South Church as a member of the Board of Trustees.

Donna Borg has been attending South Church since 2010 after she and her family moved to the seacoast  from the midwest. She initially scouted out South Church, looking for a welcoming community and inspirational sermons. Not only did she find those things, she also learned that to truly "plug in" meant exploring a few of the South Church offerings. After joining a Small Group Ministry and making a few friends, Donna signed up for the Tuesday evening South Church choir practices. From 2013 to 2016 she served on the Pastoral Associates Committee, the last year in the capacity of a convener. She is now excited to serve as one of the new Board of Trustee members and hopes to get to know the church on an even deeper level. 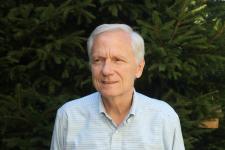 Kim Schnell has a  B.S. in Chemistry from the University of Illinois and an MBA from the University of Michgan.  Kim has worked in various sales and marketing roles for the General Electric Company and its spinoff, Momentive Performance Materials.  The last 26 were spent at their Waterford, NY silicone products headquarters. Kim joined the Unitarian Universalist Society of Schenectady, NY in 1993.  He was a member and leader of the Building and Grounds Committee for many years.  He was a member of the Board of Trustees from 2011 to 2018.  Kim and his wife, Robin, retired to Portsmouth in October of 2018 and were warmly welcomed by the members of South Church.

The peripatetic Dave was born in Ithaca, NY and has been on the move ever since – Chicago and Oak Park, IL; the Bronx, NY; Johnston, Cranston and Providence, RI; London, UK; Rochester, NY; Teotihuacan, MX; Salem, MA; Utica, NY; and, finally Dover, NH. Interested in maritime history, ships and the sea since he was 10, Dave is an active member of the UNH Marine Docent program, and volunteers on the crew for The Gundalow Company which allows him some sailing time as well as the opportunity to meet the general public. As a singer almost from birth (his first cries were rumored to be pentatonic and loud), Dave has found Seacoast musical homes in the Marine Docent Chantey Singers, the Community Chorus of South Berwick, and the South Church choir. Professionally, Dave has taught Social and Cultural Anthropology, been a classical music announcer and program manager on commercial and public broadcast stations, processed and analyzed radiocarbon samples, and been a museum director for a tribal museum and a local history museum. Currently retired, Dave has been writing poetry full time instead of in the haphazard way he had treated that obsession for over five decades previously. From a very early age, Dave has been involved in the struggle for social justice. He was a participant in the March on Montgomery in 1965, worked to establish the Hospital Workers’ Union 1199 at Strong Memorial Hospital in Rochester, NY, and, most recently, served as a South Church Social Justice Associate. Still a seeker in spiritual matters, Dave is a convener of a Small Group Ministry gathering and is on the Small Group Ministry Steering Committee. He is eager to immerse himself in the business of being a Board Member at a time when South Church is thriving and striving ever more mindfully to be of service to our congregation and the larger Seacoast community.

Tom is a resident of Eliot, where he lives with his wife Mariah, daughters Josie and Ella, and a 95 pound German Shepherd named Emmet.  Born and raised in Portsmouth NH, Tom's grandparents were lifelong members of South Church. That early exposure to our congregation is part of the reason he has continued with his family and children to be dedicated South Church members. Having graduated from UNH with a BS in Hospitality Management, he now finds himself co-owner with his wife Mariah, of Beach Pea Baking Co.  A small local bakery and cafe located in Kittery, Maine. When he is not working or raising a family, you can find him at the seashore enjoying our incredible area,  tending to his gardens, or here at South Church!

In 2013, Bill’s wonderful wife, Michelle Anderson brought him to South Church. They were married in this Church in 2015, their youngest child, Claire, has been baby Jesus in the Christmas Pageant, and their oldest, Abi, is currently in the wonderful Coming of Age program. Bill has volunteered several ways in the past including four years as a Coming of Age Facilitator and in the present, as the Property Committee Chair. Most of Bill’s away from Portsmouth is spent operating as the Service Manager at our local Porsche Dealership. 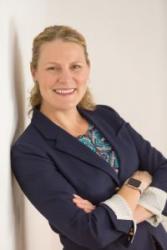 Tanna Clews is the CEO of the New Hampshire Women’s Foundation. She has 20 years of nonprofit management, fundraising, political and advocacy experience. Tanna has worked for a number of state and regional nonprofits, including Phillips Exeter Academy and Educate Maine, and has consulted for organizations, including the New Hampshire Charitable Foundation and the Community College System of New Hampshire. She has also worked on several state and national political campaigns.
Tanna has served on the board of A Safe Place and as Chair of the Board of Planned Parenthood of Northern New England. She also coaches basketball and is a Girl Scout Troop Leader. Tanna is a graduate of Smith College and Northeastern School of Law. She lives in Portsmouth with her wife, Pip, and their two children, Ziggy (10) and Piper (9). Tanna has been part of the South Church community since she moved to Portsmouth in 2001, thanks to Pip, who is a lifelong member of South Church. Tanna has served on the Annual Budget Campaign and occasionally volunteers for the Religious Education program. 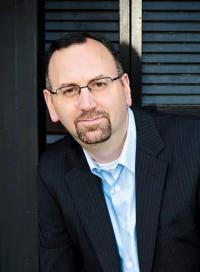 Myself and my wife Tracy moved from Ohio to Exeter in January 1998.  After settling into our new home, we began to search for a spiritual home.  In early 1999, we began attending South Church and have been active ever since.  At that time, our daughter (Kaitlyn, 23) was not quite two and would stay in the nursery during service while our son (Ryan, 20) was not even thought of yet.  Both kids grew up within the SC RE program and went on multiple service/learning trips. I have volunteered for many roles over these past two decades.  I was on the ABC committee for 8 yrs and was the Chair for the last six.  I was co-Chair of a strategic planning committee.  I was a member of the capital campaign committee and then was the Chair of the committee which followed and determined how best to spend the capital campaign funds (Planning and Implementation).  I did a short, one year stint on the Board of Trustees once before.  And I was a Worship Associate for four years.  My most rewarding volunteer position was that of a Senior Youth advisor for 7 years. I am now in my second year of this term on the Board of Trustees. When I am not thinking about stuff for South Church, I am the President of a software company that works in the healthcare and DoD vertical markets. 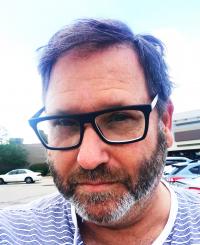 Greg Wurtz has lived on the Seacoast for over 20 years and has been a member of South Church since 2015. Having served on the Small Group Ministry Steering Committee for five consecutive seasons, Greg has developed a sound understanding of the South Church community and mission. He recently helped facilitate the official naming process for the South Church Meeting House at 73 Court Street and has enjoyed performing as a member of the South Church Choir. Greg started his UU journey at First Church in Dedham, Massachusetts. Originally from Huntington, New York, he earned both his undergraduate and MBA degrees from Boston University. He currently directs client success in the healthcare data analytics field. Greg is the proud father of three young men and has a passion for sailing and maritime history 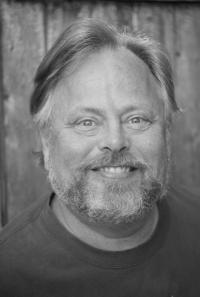